This technology allows you to turn Android devices into a virtual joystick, as well as into a virtual camera, which will be useful for designers and developers who create new game mechanics and work with models and game cameras. For local Video Streaming we use our streaming system which works in Play Editor and can be used with Sequence Recorder. For remote Video streaming, we are using Pixel Streaming Plugin and it works only in a Standalone Game and in a compiled project.

How to setup a Virtual Camera in Unreal

How to configure virtual camera to work with nDisplay 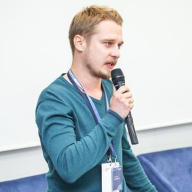 Terrific work! That is the type of information that are meant to be shared around the web.
Shame on the search engines for now not positioning this
post upper! Thank you
=)

An outstanding share! I’ve just forwarded this onto a coworker who has been doing a little homework on this.
And he actually ordered me lunch due to the
fact that I discovered it for him… lol. So let me reword this….

Thank YOU for the meal!! But yeah, thanks for spending
some time to talk about this matter here on your website.